Disclaimer: I don't normally do this, and in fact my intention for this blog wasn't for it to be a personal rambling outlet really... but of course things change, and so I'm going to use this space for a little more waffling from time to time. If you came here looking for games, code and geekery then that'll still be present and correct, promise. Even more so if I stick to my resolutions below.

So, it's almost the end of the year, and it's been a crazy one. 2013 was my first full year at the BBC, and was a reasonably big turning point for me - I joined the children's Games Stream, and gained enough XP points to make senior developer. Ding! It's been a fun year, completely insane-o-busy sometimes but I wouldn't have it any other way. Really excited about diving into new things next year at work, definitely, and I feel pretty lucky that I genuinely enjoy my work at the moment.

Outside of work I've also had some good success with the game jam and other ventures. The jam is doing really well (more on that in a minute), and I've also had the chance to level up my public speaking too: I was recently a headline speaker at the first Manchester Tech Nights event, and have been invited to go and do the same talk at Birmingham Uni in January. Pow: 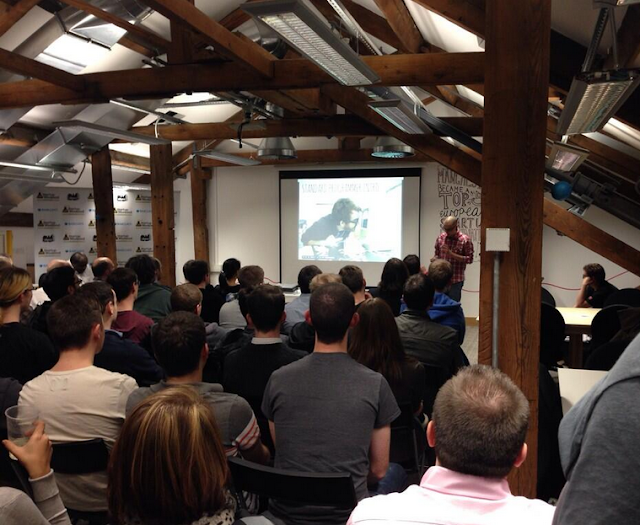 Event-wise I also kicked off a brand new Unity usergroup in Manchester, with the aid of Joe Robins from Unity. We've only had one meeting so far, but it was a total sell-out straight away, which was great to see. We have a whole bunch of amazing speakers lined up for the new year, I can't wait to see what comes out of it. (I've also been firming up my Unity skills at work too, hopefully one of my personal projects this year will use it - best way to learn, right?)

The other big thing on horizon is that I've also been asked to devise and run a gamedev crash-course for the Omniversity at Madlab, which I'm really excited about - much more to come on this when I get stuck into making it happen.

But, of course, the main event of 2013 was the arrival of Hurricane Isaac on April Fool's Day (you couldn't make it up): 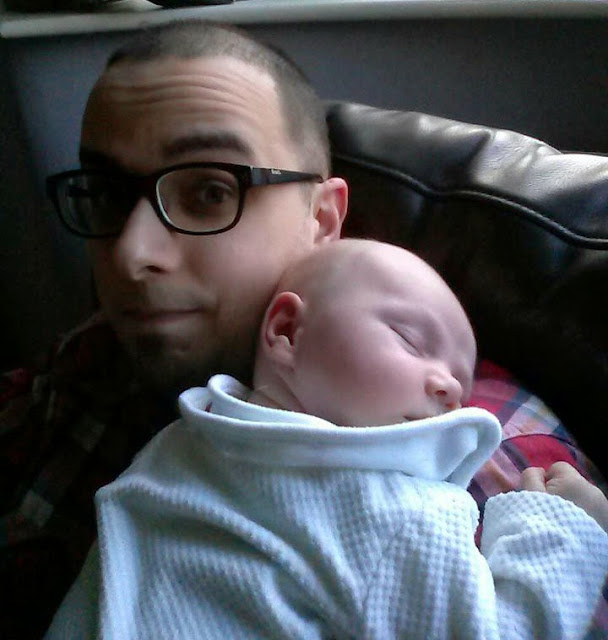 For such a small human he's had a terrifyingly large impact on me, my wife, and almost every facet of our existence. It's taken me months and months to re-adjust my life around being a dad, and while I've bitched and moaned a lot about it all this year, I think I'm finally getting my head around the fact that I'm having re-address the balance a little bit in terms of where my priorities lie (clue - the most important project I have on now is cute and poops a lot).

Before the boy arrived, I was one of the busiest guys I know - I really throw myself into my work, various projects, running events, and whatever other opportunities present themselves. Of course now that I have a giant shouty responsibility to take care of I've definitely had to scale back on a lot of my commitments. This was where most of my frustration came from over the last few months, but I'm getting the hang of saying "no" now. It's even more pronounced now that I've switched my hours at work - I now don't work Mondays and do four long days instead. This means I now get a proper daddy-day with him every week, and I've enjoyed the time so much, especially now he's getting a bit older and he's able to cackle like a pirate at the stupid faces I pull. He looks like this now, and enjoys trying to put power cables and the cat's tail in his mouth: 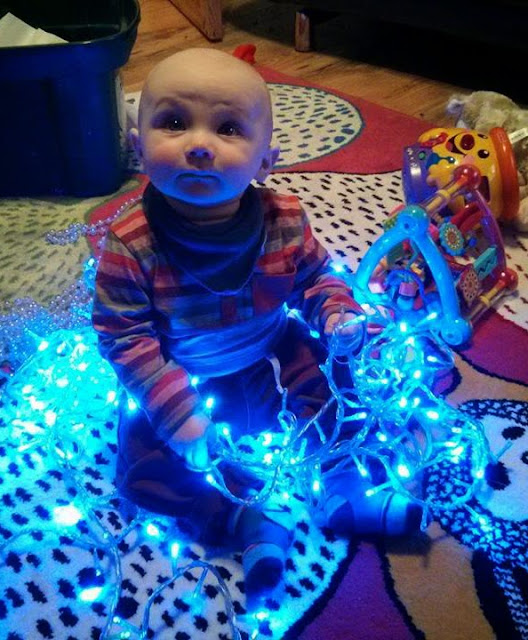 My resolutions for 2014 are pretty straightforward in my mind then, and they look like this:

Keep the boy at the top of my to-do list.
This one is self explanatory. I've demonstrated to myself this year that trying to juggle baby and work (sometimes literally, he's a climber...) results in me basically sucking at both things. I won't be cancelling everything totally, but I'm definitely scaling back what I take on outside of work. The big one is the game jam: I'm passing it over to some of our most trusted and awesome jammers - it's in safe hands.

Write more.
What I actually mean by this is 'make more', but most of the things I want to do are things like keeping my blog going properly, and writing the course for Madlab that I mentioned. My blog in particular will probably turn slightly away from the tech and slightly more personal, which I think probably reflects how my priorities have changed a bit. Happens to the best of us!

Talk more.
I did a little more public speaking this year, and I really really enjoyed it - I find it's a great way of focusing my thoughts when I know I have to deliver those thoughts to a bunch of people, and the feedback has been positive (either that or everyone's been really polite). I'm already booked in to talk again at Birmingham Uni in a few weeks, and hopefully I'll have more chances to waffle at groups of people in 2014.

Finish stuff.
2013 saw me take on quite a few projects that I simply couldn't finish, and also one or two that went pretty well. Without fail, the modest projects were the ones I saw through to the end, and they were also the ones I enjoyed the most. If I take anything on this year, it'll need to be something I know I can see through to the end without violating my first resolution of course! I have one or two bits in the pipeline, and they're all definitely do-able, and I want to make sure I don't bite off more than I can chew this year.