The FAULT LINES cohort got together for the first time over a three-day residential. I have some brief thoughts that I wanted to get down quickly while they were still in my head. 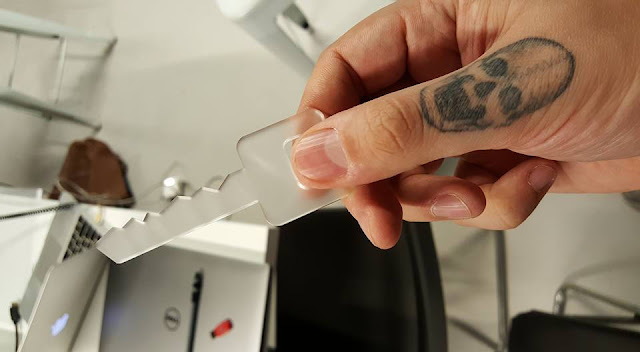 This post won't be long, and doesn't contain many specifics of what we got up to on the day - I'm more interested in quickly and broadly documenting where my head is at during this process for now, given this is a bit of a leap into the unknown for everyone.

Firstly, it was a genuine pleasure meeting everybody - both the FutureEverything crew and the artist cohort. The last time I was in the FE office was for my unexpected interview, so this felt considerably more relaxed. It was undoubtedly a weird three days, and through sharing it we got to know each other personally as well as start to get a peek at each other's work and approaches.

Speaking of which, in terms of the makeup of the artist group, I think FE struck a good balance. Both as people and as artists I feel like we represent a broad spectrum of folks, and this is really going to be an asset to FAULT LINES - every conversation among us as a group felt like it kept us on our toes, and although we often had different viewpoints it felt cohesive and constructive throughout. Outside of the workshop we gelled well, and although I always find it strange and intimidating sometimes being around so many new people, there was a genuine warmth and humour between everyone for it all too, which was really lovely to be part of.

I've done enough workshops and worked on enough briefs that much of the actual format of the residential didn't come as much of a surprise - icebreaker exercises, post-its on walls, all the way down. Necessary evil and all that. What I did find pleasing and a little surprising at first (although less so in hindsight given who we all are as a group) was the way that we as the cohort pushed back a bit on some of it, resulting in us mutually changing the conversation and topics towards the end of the residential. This ended up being great for everyone I think, and while again I can't list any specifics, what I can say is that we were able to shape it into a forum where we were able to interrogate the whole thing on our own terms a lot more, and ended up getting a lot more out of it. This also extended to the first brief we received (under NDA, so no details) - the whole process by which we approach and ultimately answer the brief is being changed after the work on the residential, which again I think is great for everyone - this whole programme is an experiment, after all.

So in terms of the meeting the cohort, figuring out FE's role and aspirations for it all, getting the outline of the nuts and bolts of the programme, and almost everything else - the residential was a good and really useful experience.

I did have one wobble towards the end, and it's left me really pretty infuriated with myself. One of the things we requested to do as a group was to use our responses to the first Taipei Arts Festival brief as a means of communicating more tangible information about ourselves and our respective practices to both the cohort and FutureEverything. This was a great, mutually-agreed-upon idea, and went really well - we took the time to each explain how we responded to the same brief independently, outlined our honest thoughts and reasoning around it, gave wider contextual/practice insight, and clearly outlined our skills (practical and softer skills), as well as things we aspire to learn and take on etc. And it really was useful, I got so much out of listening to everyone tackle this - seeing a person talk about a specific response in reference to their own work was worth a million Powerpoint slides in terms of really just 'getting' someone.

And I fucking crumbled.

It's funny in a way. I can, and often do, stand on a stage in front of hundreds of people, microphone in hand, and confidently and easily talk about what I make without skipping a beat. It feels sort of anonymous, I'm often just talking into the dark really. But, it turns out: sitting in a small room with a handful of really, really good practitioners, who are all really really zoned-in, is really really difficult.

Part of it, I guess, was that yeah it was the end of the third day and we were all tired and whatever. I was last up too, and did it almost right after a one-to-one meeting with FE. But that wasn't the main problem.

The main problem really, and to be honest I find this hard to write, is that it's difficult to talk eloquently and in a focused way about what I'm trying to do with my practice because honestly I'm not there yet. I joined this programme as an "early stage" artist (their words, not mine...), which I think is a term that's massively open to interpretation, but for me it's as simple as the fact that I'm not widely shown, published, or formally experienced (whatever that means really, let's just roll with it, you know what I mean). I don't have a lengthy and coherent arts practice history. And that's fine, I think, provided I'm honest about it and don't try to paint myself as something I'm not.

On the other side of the coin, I've been doing this stuff a long time, and that means something. That's the box established that I'm attempting not to just break out of, but deconstruct and rebuild. My work right now is wholly reactionary to everything that's come before for me - I'm reacting to and against my role, questioning my tools, interrogating my approach, and trying to understanding where others fit into this. And this is a journey that, compared to almost everyone on the programme, really I've only just started - depending on how you look at it.

I don't know, it's weird. I find this so difficult. I'm adept and confident enough that I feel I can sit at a computer and make literally fucking anything. That box is ticked. If any of the cohort need some stuff whipping up, I'm all over it.

But I don't want that to be my entire role. And deep down, I don't think it will be. I have a burning, raging desire to test the fences of my practice, find my voice, and start to pull in the tangle of threads that make up everything I do, to start forming some coherence. But right now, I've got this nagging paranoid doubt that I've somehow walked into the wrong meeting.

I've had fairly unshakeable confidence for a while, and I knew this was going to challenge me. I just didn't realise my most immediate and pressing challenges would be coming from within, and not a fucking computer.

I just know how much work I have to do, and most of it isn't code. And I think that's okay.

It's going to be an interesting couple of years.