I took part in last month's Manchester Game Jam, this time opting to do it from home due to my scarily pregnant wife (baby Isaac is here now, but that's a different blog post entirely!).

Anyway, in about a day or so (including a bit of pre-jam cheating, fight me) I put together a quick little arcade tunnel shooter sort of thing. It looks like this: 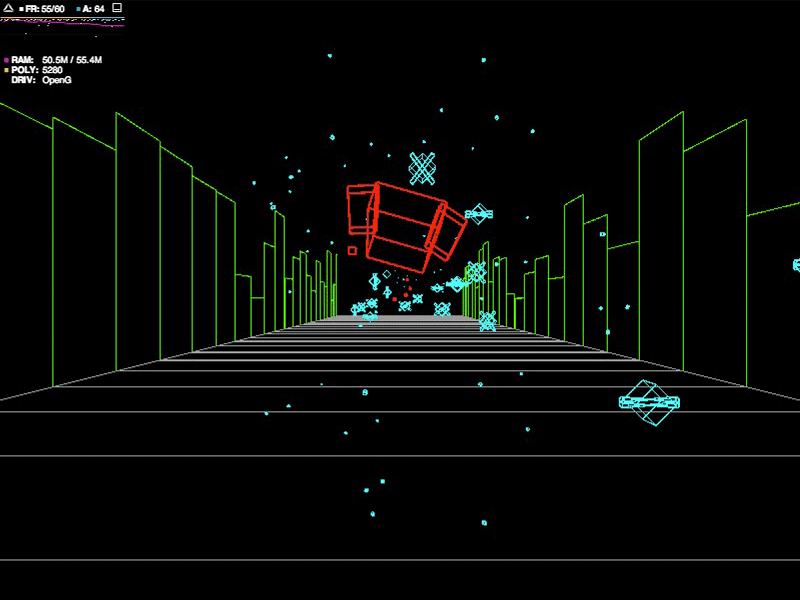 It uses Away3D/stage3d to create wireframe graphics a la Battlezone, ditching textures entirely and creating everything from smoothed wireframe polys at runtime. It ended up being reasonably simplistic, but I was really happy with the feeeeel of it: the physics on the ship turned out really nicely, and after adding some simple directional tilting you really get the sense of a floaty ship. The ship control physics are just 2D easing so it's nice and snappy: it doesn't actually move down the Z axis: the scenery and enemies scroll backwards instead and keep respawning when they drop off behind the camera. Collision detection was awkward until I realised AS3's Point3D contains a distance checker, which saved me a bit of effort.

Below are some images I snapped while I was working through it, as you can see I almost ditched the stark wireframe in favour of coloured flat shading (like the final stage in Rez) but reverted back in the end.

I also put the whole thing on Github if anyone wants to poke around, I built it with IntelliJ Idea and I've included the whole project as it's pretty tiny. The code is absolute filth, but you can see how easy it is to get some sweet retro effects in Away3D.

Oh, and try it out here.

Tons of pics after the cut! 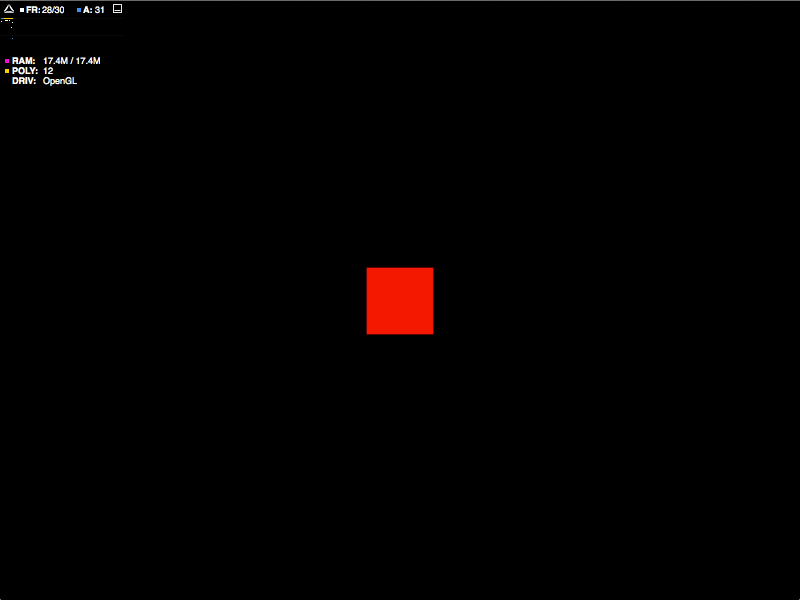 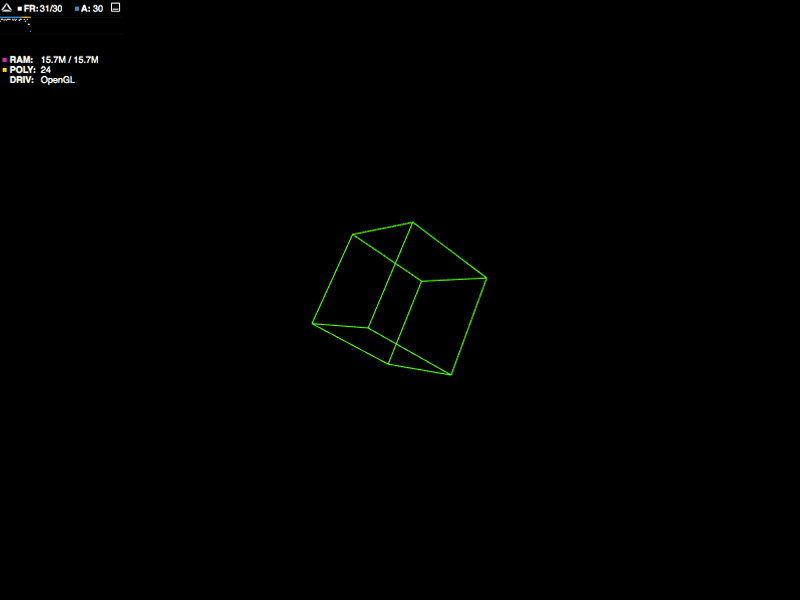 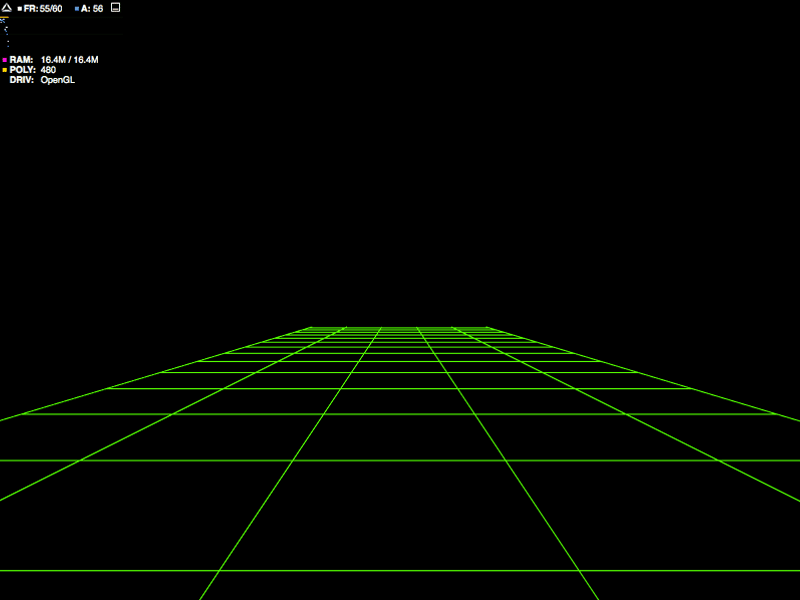 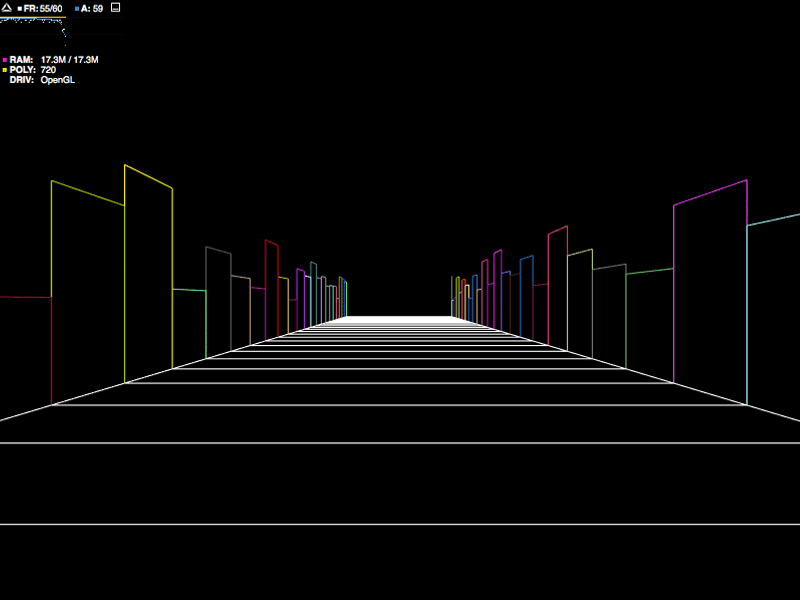 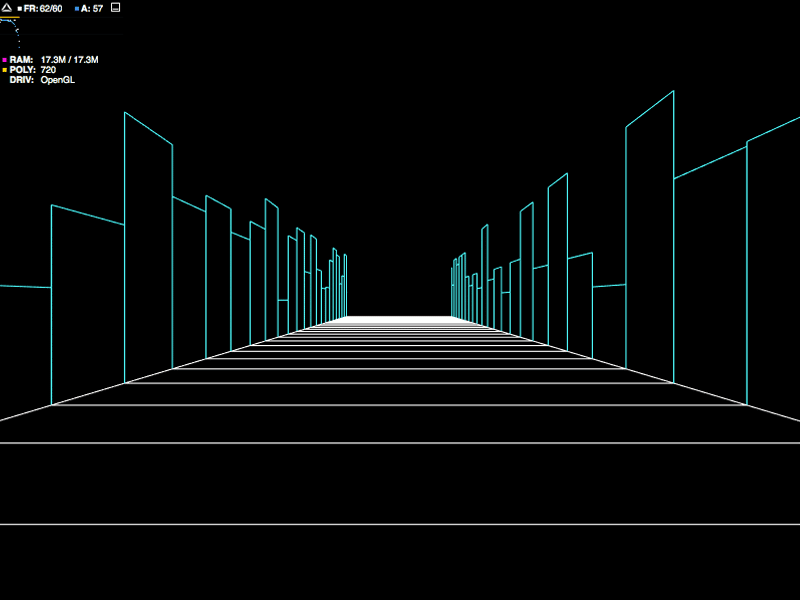 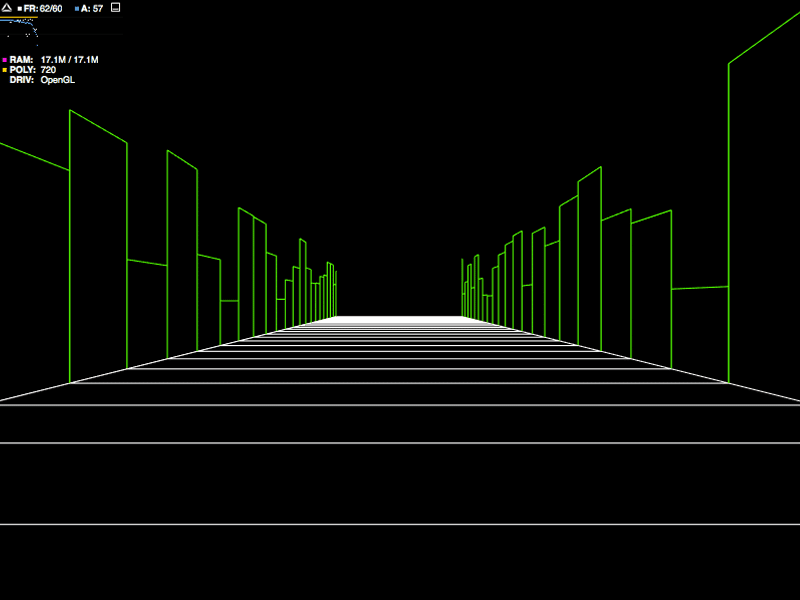 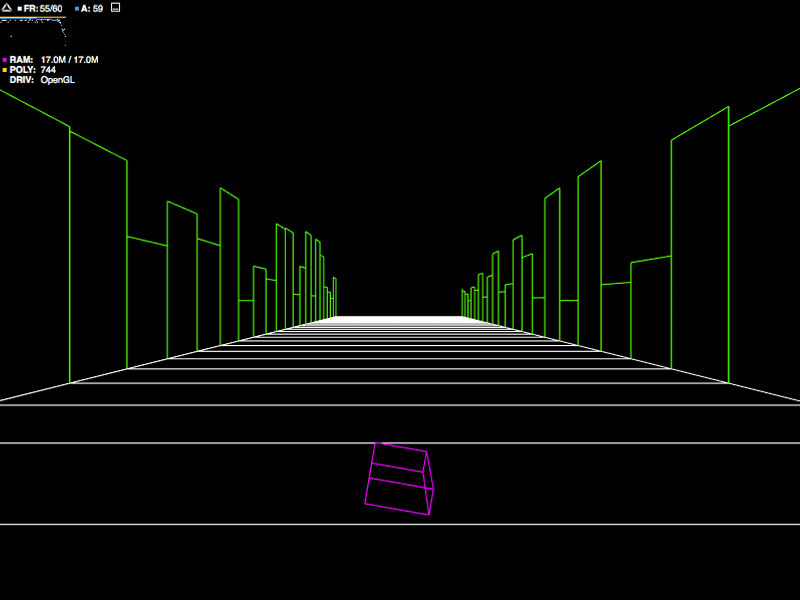 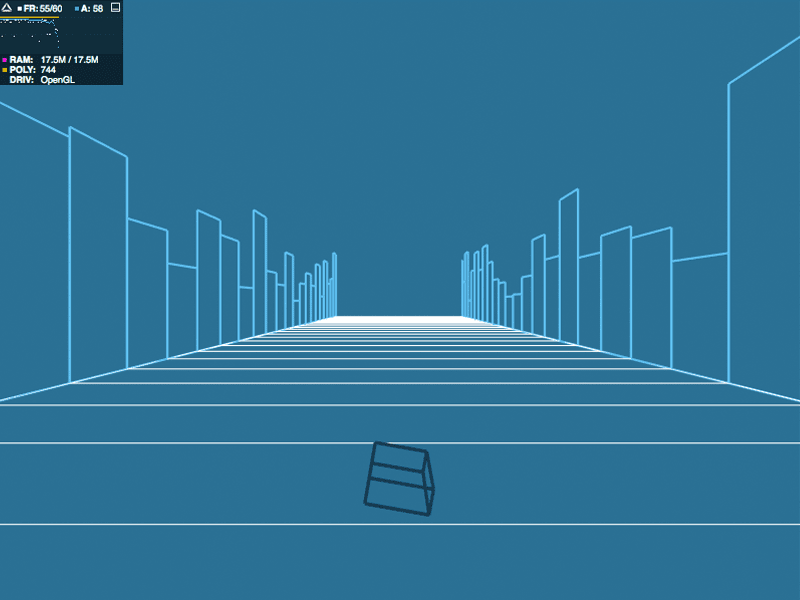 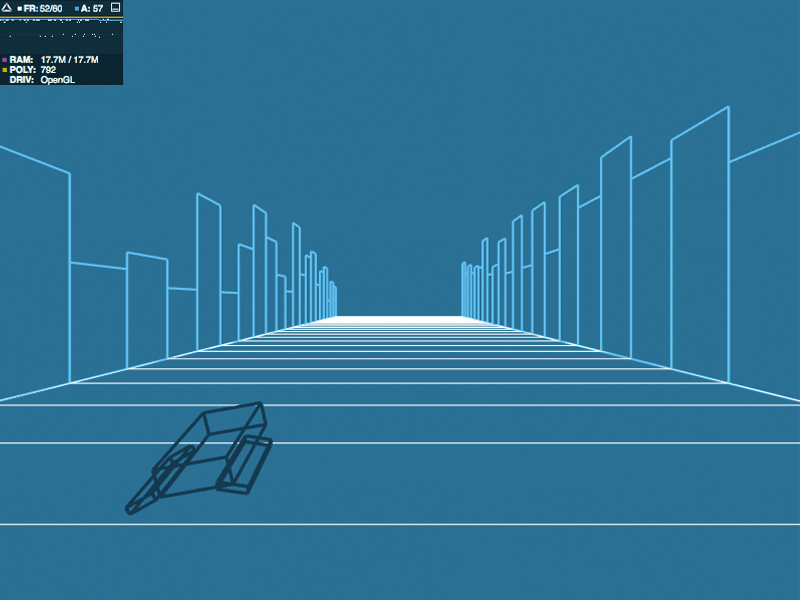