SuperByte returned to Manchester this weekend, and it was an absolute blast!

I'd been kindly invited to do visuals at the pre-party and open mic session at Fab Cafe, and I jumped at the chance to throw down, of course. I ended up doing something like five-ish hours in one long set, which was quite challenging considering this was mostly over short open mic slots - most of my live coding work is fairly long form and experimental, so this was a good chance to mix it up.

What was also neat was that Fab is set up so the projection visuals were also piped out to a ton of video screens all around the venue, which was really nice - I got to properly light the place up. The drawback to this was that the access point to the HDMI splitter and desk was basically inside a cupboard (no, really) so I had to keep coming out and seeing what it all looked like. My HQ for the night looked like this, impressively ghetto: 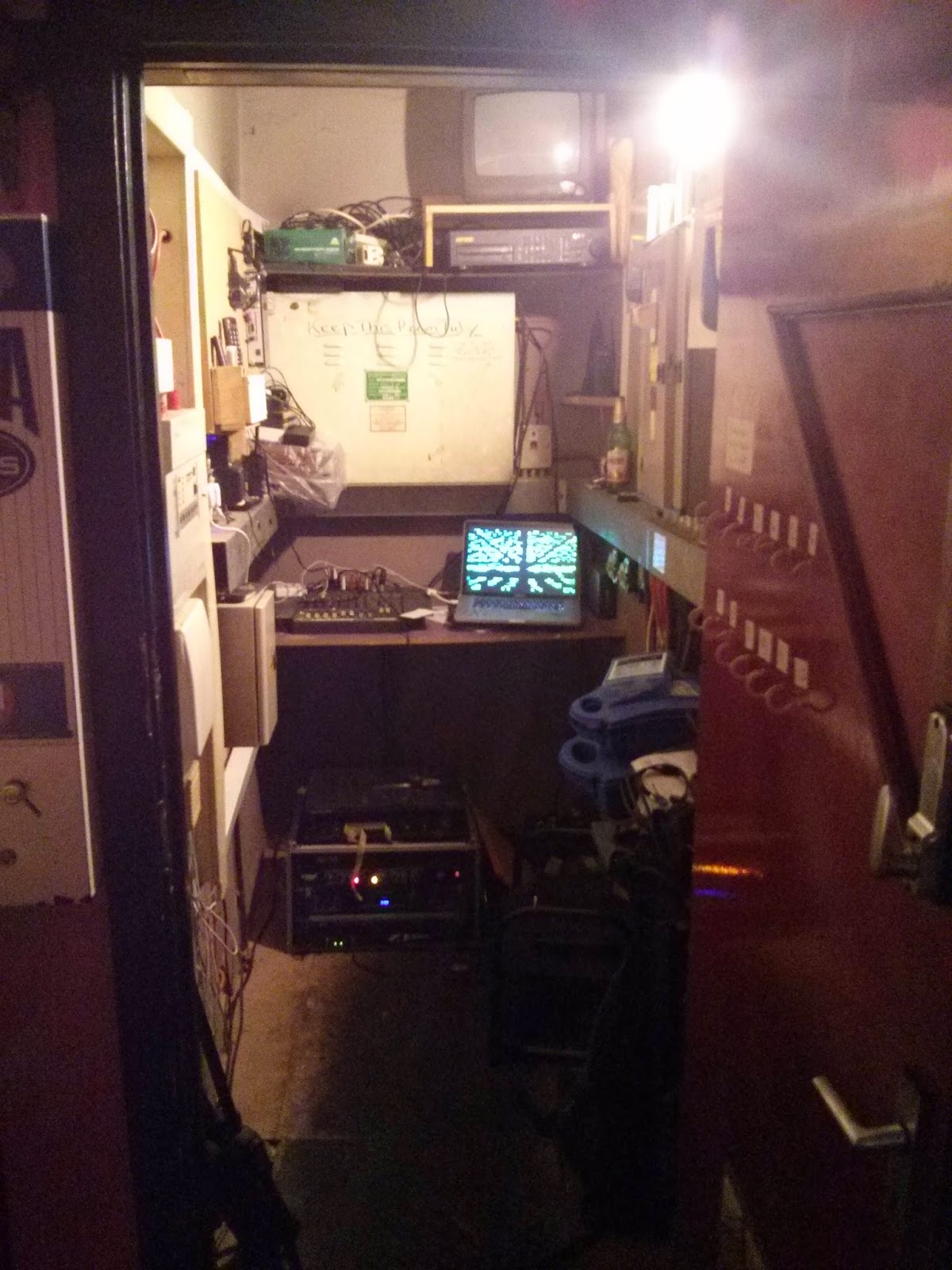 This arrangement also meant that I couldn't get audio directly from the desk, so I had to use a mic instead. Luckily it just about worked - the audio input wasn't obviously as nice as I'd have liked, but for this kind of music and visualisation it didn't end up mattering too much.

I grabbed some rough images:

I've also uploaded some rough videos too. This one is just a bunch of Vine videos stitched together (the app broke somehow but I managed to pull the videos off my phone):


And another action shot here:


Anyway, it was a ton of fun to do, and I think it went down pretty well. Some of the open mic sessions were absolutely amazing, and it was a really fun challenge to continually and quickly adapt the live coded visuals to match people's vibe a bit. I'm hoping this has put me on the map a little bit now that I've had chance to prove myself - I'd love to do this on a bigger and badder stage next year.

I also went to the full festival on the Saturday, which was an amazingly fun (and fairly messy) night - it fell on my birthday, so I was pretty inebriated for most of it. Really great vibe though, high energy sets from everyone and tons of crowdsurfing. Best birthday ever!

Massive thanks to Ady and the SuperByte crew for putting on such a killer night, and for inviting me to be part of it - it was a ton of fun. ^_^
Posted by danhett at 13:08