I've just got back home from the first day of PARADOXPARADOX, and thought I should get this down quickly while it's all still in my head.

(preface: I had to leave a tiny bit early, and before that spent the last hour or two quite distracted, due to my three year old being unexpectedly ill. My wife is, at the time of writing this, at the hospital with him. Some sort of mild asthma attack or similar, we're not sure yet, but he's doing okay now and they'll be home soon hopefully.)

This will be mostly pictures as I'm profoundly fucking exhausted, but: so far, it's been very intense and surprisingly challenging. Uncomfortable in places, highly satisfying in others. 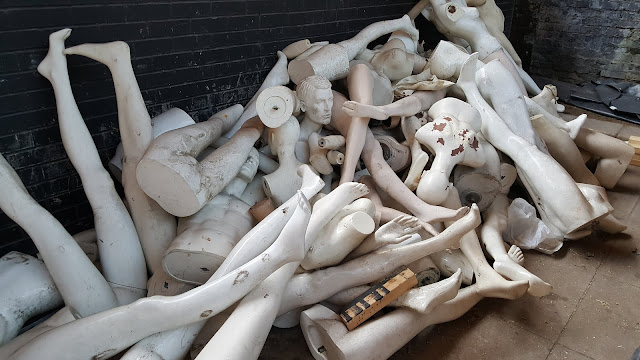 The format for each day, if it can even be described as a format, is a massive and completely open creativity session in the main gallery space. No guides, no rules, no objectives (not yet anyway, who knows what will happen though). We met in the morning, changed into white clothes, and after little fanfare we spread out trigger materials around the space and got stuck in. Before we got going, the place felt cavernous, but after a few hours of filling the walls, floors and ceilings with stuff it's looking less and less like a giant white box and much more like... I'm not sure. It's an exciting space to be in already though.

White clothing = good idea. I am covered in paint, dots, stripes, ink, and some other unidentified colours. I started like this, but it didn't last: 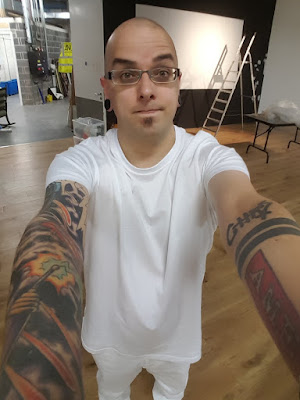 My knee-jerk reaction when we started was to just build. The space is vertically huge, with massive high ceilings, and I started creating a big wobbly structure right away from cardboard units I constructed. I had no clear intentions going in, but felt completely compelled to make something physical straight away. I think a big part of this is certainly as a contrast to my digital work, taking the opportunity to work in 3D for a change I guess? This was the initial, unlit, unmodified structure (it didn't look like this for long): 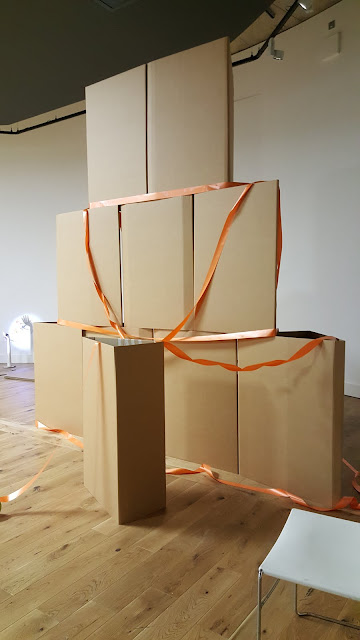 Over time the structure was daubed over, cut up, and eventually destroyed by others in the space - it was great going away from it and coming back to see it change. Someone (no idea who) cut a perfect circle into one of the panels, and opened up lots of quite interesting light/shadow effects from the projection I had running. On that note, while I did almost immediately break out the projector, I tried to be as hands-off the computer as I could. I made some audio reactive geometry and left it running while I worked physically around it, creating space for it, which was quite satisfying. 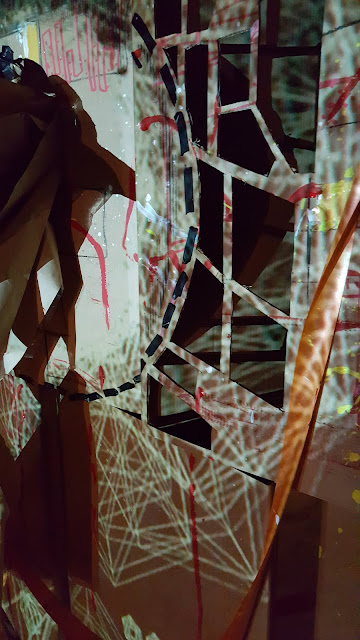 There was a lot more to the day, but I'm losing the ability to string words together. Overall today felt messy, exploratory, sometimes incoherent and unpredictable, but exciting. I wonder if over the next few days people will start to focus on any routes/works/concepts/anything or if this freewheeling approach will power us through. In terms of my own work, my biggest take-away from today is that I need to really break out a little more. As a few others also said of themselves, I fell towards the stuff I know mostly already, which isn't something I want to keep doing really - tomorrow onwards will be about challenging myself properly. I'm also really excited about seeing what some of the others come up with now that we're running with it.

I also intend to be more focused. Today was a little difficult as it was the first day, and I had the kid drama thing happening. Everything is now fine, and tomorrow I plan on really not having my phone about my person or anything, and I really want to try and get my head properly in the right space.

Anyway. I am sleepy. Have some more (unedited) photos. Click 'em for bigger. 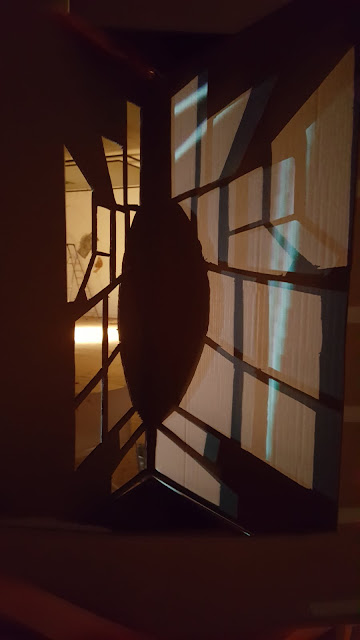 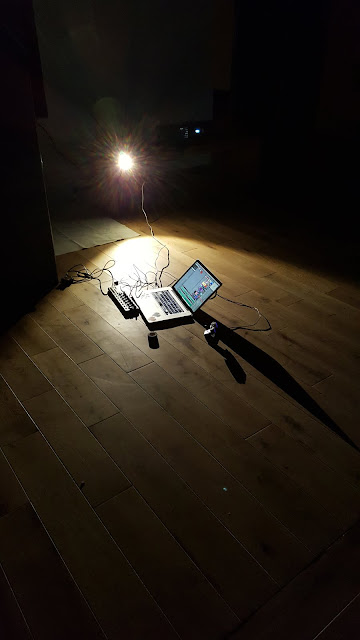 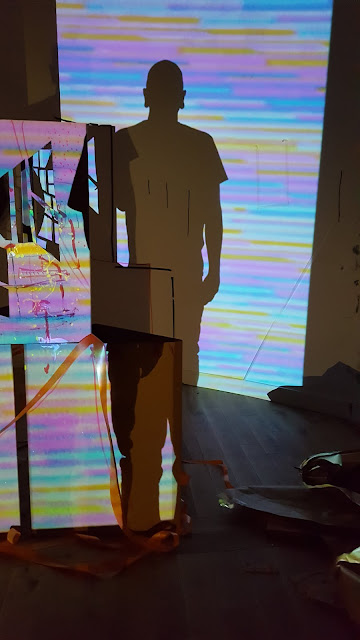 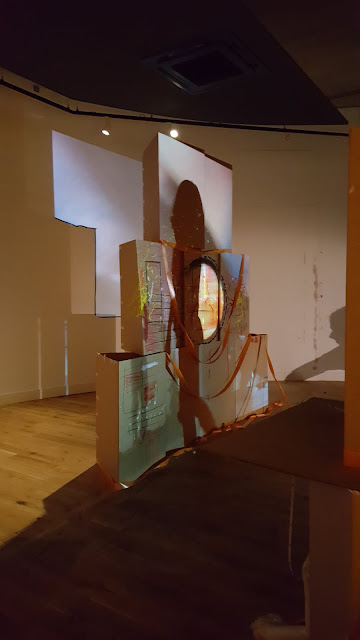 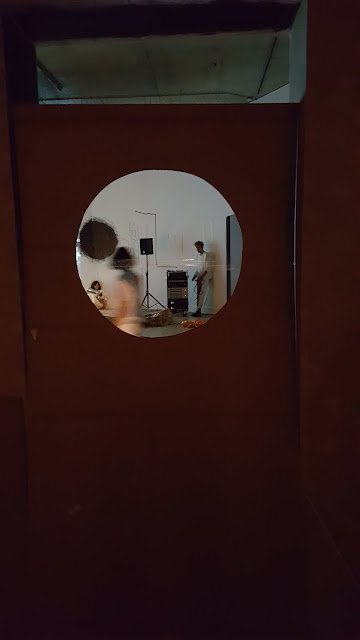 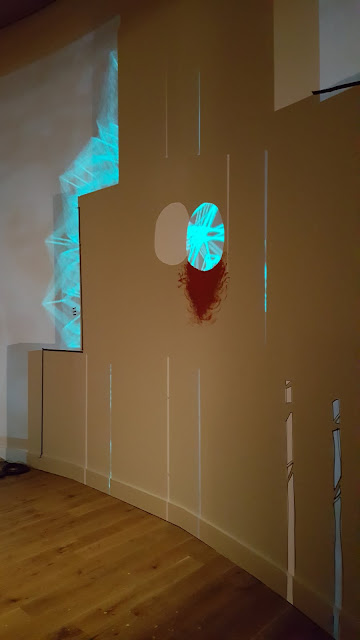 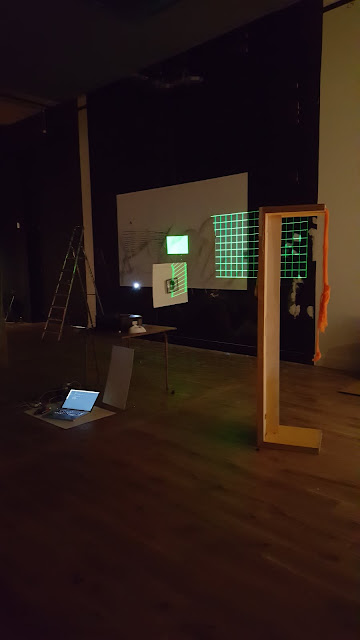 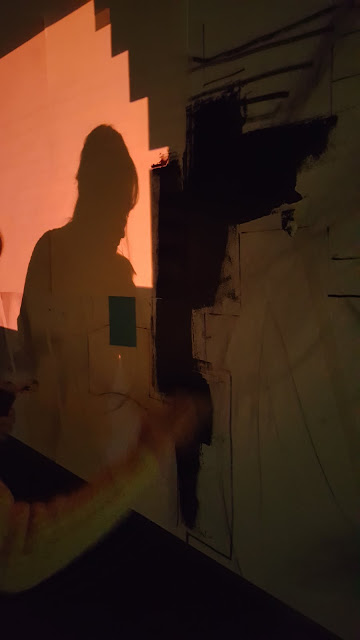 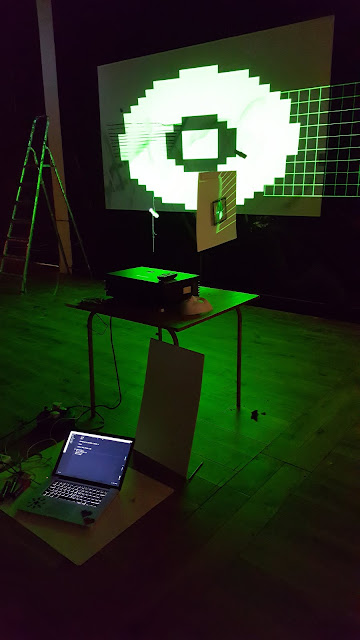 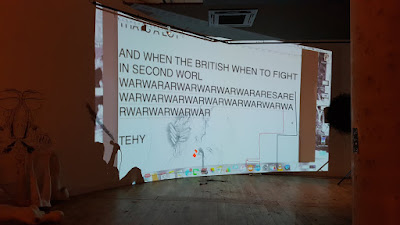