It’s been a very long time since a videogame made me physically feel the same way that Tetris Effect does. There’s a particular kind of toe-curling sensory harmony that I’ve not experienced since playing games like Rez - that sort of audiovisual overload that makes the hair on the back of my neck stand up even now. 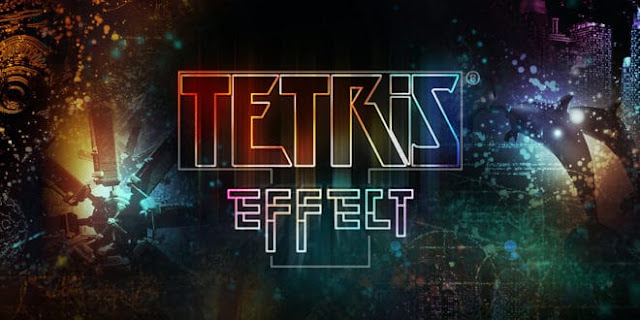 Playing Rez, or at least playing it how I used to play it, is that thing that’s consigned to my past, now. Rez was my post-club game, like Wipeout was for those a few years ahead of me. Rez was my end-of-the-sesh game (and if you know, you know). Rez was the game I played at 5am, the dim light of the rising sun just beginning to peek through the blinds, piercing the bubble we’d been in for hours. The usual suspects still standing after whatever mischief we’d been up to. Party, rave, both, or none - sometimes a sesh is a sesh without even going out. My mate used to go to sleep in the middle of the floor while we carried on around him. People would still nattering to each other, nonsense at this point, making plans they’ll never carry out, promises they won’t remember making. A lot of hugging. I’m not a hugger, unless.... I’ve had a half-crushed can of shit beer in my hand for an hour now. I’ll put it down in a minute.

But that time, exactly that point in time, was the time when Rez made sense. The music drove everything: it drove the experience, drove the graphics, and most importantly it drove that part in my brain that was still tingling with the tail-end of whatever I’d been caning for the last ten hours coupled with the lack of sleep and cheap booze also cruising through my system. Sitting in a soft chair, enveloped in that really specific fuzz, Rez made sense, and it had an almost physical effect on me when I used to play in that state (and what a state it usually was).

I don’t get to do that any more. Of course I don’t - I’m in my thirties. I have to do stuff. This morning I did the rainy school run with my two kids, came home, put my slippers on, and turned on the slow cooker. Emailed someone about a late invoice. Made a note to ring the bank. Grown-up stuff. This is what my days are like, and that’s okay. Phases of life and all that.

What I didn’t expect was that, on this nondescript rainy midweek morning in between errands and paperwork, I would turn on Tetris Effect for a half hour break, and be instantly pulled back into that warm, smoky room with my mashed friends, our only cares being the sunlight piercing the dim comfy darkness, or running out of fags, beer, or other stuff. Simpler times. Simpler pleasures.

Despite now being in my thirties and playing in the middle of the day, Tetris Effect does exactly, to a tee, what Rez used to do to me back in the day. The core game is just no-frills Tetris (“I’m not paying £35 for Tetris” - be quiet). Tetris is just the framework, around which hangs a shimmering, morphing, audiovisual feast of synaesthetic beauty. Every stage is different, each one has its own harmonies, ebbs and flows, build-ups and crescendos. The visuals are astounding, intricate, alive - and so tightly coupled to the music and sound that it feels like one couldn’t exist without the other. Headphones recommended, indeed. Out of nowhere, it was that tight coupling between music and visuals that grabbed me, transported me back there, just for a moment. The hair stood up on the back of my neck, and for a fleeting second it captured the essence of why I remember playing Rez back then, like that.

I’m in my thirties now though. I might go and have a lie down.
Posted by danhett at 03:09